Seven serious spiritual wounds from sexual intercourse outside of marriage
(or in an evil and unlawful mut'ah, 'urfi or misyah arrangement - explanation at foot of page)

'Abstain from fleshy lusts which war against the soul' (1 Peter 2.11) 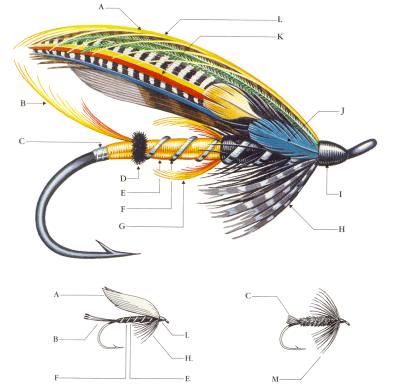 Satan presents the bait, but hides the hook!

What foolish Western policy makers and social architects deliberately ignore to their own perdition. The systematic State neglect and vandalism of the sacred covenant of marriage will rank as one of the most irresponsible and injurious acts of any government in the whole of human history. It has permanently scarred and spoiled society's foundation, as even a Sunday School child could foresee.
The chief engineers and ideologues behind these policies will have eternity to eat the fruits of their wickedness.
'Marriage is honourable in all, and the bed undefiled: but fornicators and adulterers God will judge.'

If bad aircraft design or ship navigation can earn criminal sanction,
how much more reprehensible is the wrecking of the future of whole generations on the rocks of self-indulgence?

1. Defilement of God's glory and the shattering of His benevolent commandments.
If this were the only consequence of sex outside of marriage it alone would justify complete avoidance. How can we insult and injure the high kindness of the the most High God by basely ignoring His will, without suffering serious consequences? Why do we continually provoke His fierce jealousy over something He hates? This is the chief and the heart evil of all sin - it wounds friendship with God.
'Let no man deceive you with vain words: for because of these things comes the wrath of God upon the children of disobedience.' 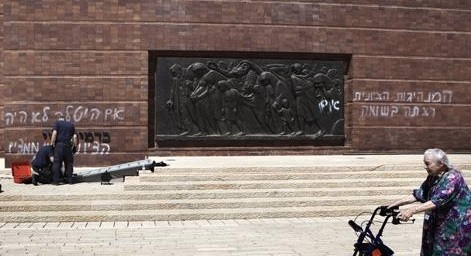 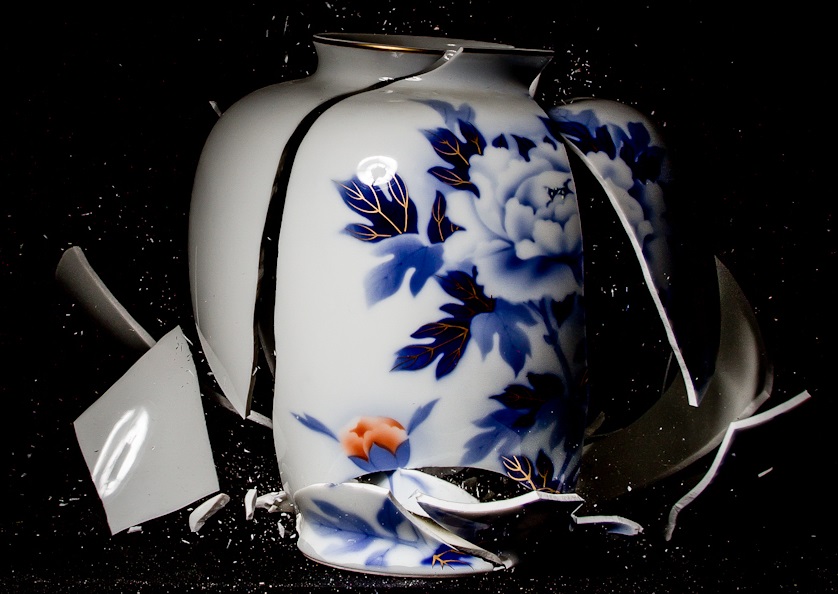 King David after committing adultery with Bathsheba, murdering her husband, betraying his own household, and setting an appalling example to his whole nation cried out when first convicted by the Holy Spirit, 'Against  Thee and Thee only have I sinned'. Joseph when faced with the persistent seduction of his master's wife, protested, 'How then can I do this great wickedness, and sin against God?' It is a sin which greatly provokes God's anger and curse, condemns its perpetrator to separation from God. Only the Divine gift of repentance and the ordained blood payment can wash the punishment and power of this sin away, but even then its injurious consequences endure (as for David).
This sin especially turns us against God and His mercy, making us 'enemies in your mind by wicked works'.
2. Emotional and physical bonding with future life partner scarred and weakened.
The Bible teaches that sex even of the most casual and transitory nature forges deep emotional bonds.
In an astonishing allusion to the first description of marriage, the Holy Spirit applies the same strong terms to a once off and apparently 'casual' sexual union.
'What? know you not that he which is joined to an harlot is one body? for two, says he, shall be one flesh.'

The strength and nature of this bond has been confirmed by a number of social and psychological studies. Entrance into such a powerful bond before marriage with a partner other than the lifemate injures and scars that future relationship. 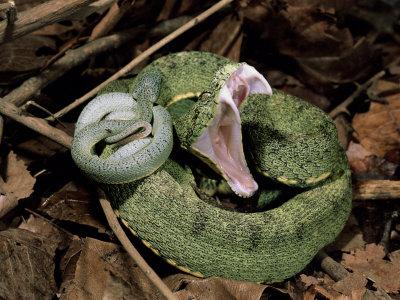 3. Coarsening and degrading of the beauty and strength of whole spirit.

It is not difficult to see the coarsening and debasing effects of habitual use of this sin in those who practice it.
This is a frequent theme of the prophets in exposing idolatry, using adultery or fornication as a simile.

Ezekiel describes habitual abusers of this command
as those 'whose flesh is as the flesh of asses, and whose issue is like the issue of horses.'

Careless vices degrade and  desensitise our sensitivity and sympathy.
Hosea says, 'Fornication and wine and new wine take away the heart'.

Paul writes, 'For he that sows to his flesh shall of the flesh reap corruption'.
Twice he describes those dedicated to carnal lusts as 'without natural affection'.

4. Cripples self control and poisons other virtues

Once the walls of the city of the soul are breached, Satan easily captures its citadel. The scripture describes those driven and controlled by their lusts.
Unwitting puppets of our own vile desires and of the Enemy of the soul,
'who were dead in trespasses and sins;Wherein in time past ye walked according to the course of this world, according to the prince of the power of the air, the spirit that now worketh in the children of disobedience...
in the lusts of our flesh, fulfilling the desires of the flesh and of the mind;
and were by nature the children of wrath, even as others.'

Those who concede to passion become more self willed, restless, moody, and stubborn, they are described as 'unstable as water'. The affections become poorer and often are strangely misfocussed on minor issues.
Spiritual jewels like humility, gentleness, meekness are stripped away and spoilt. 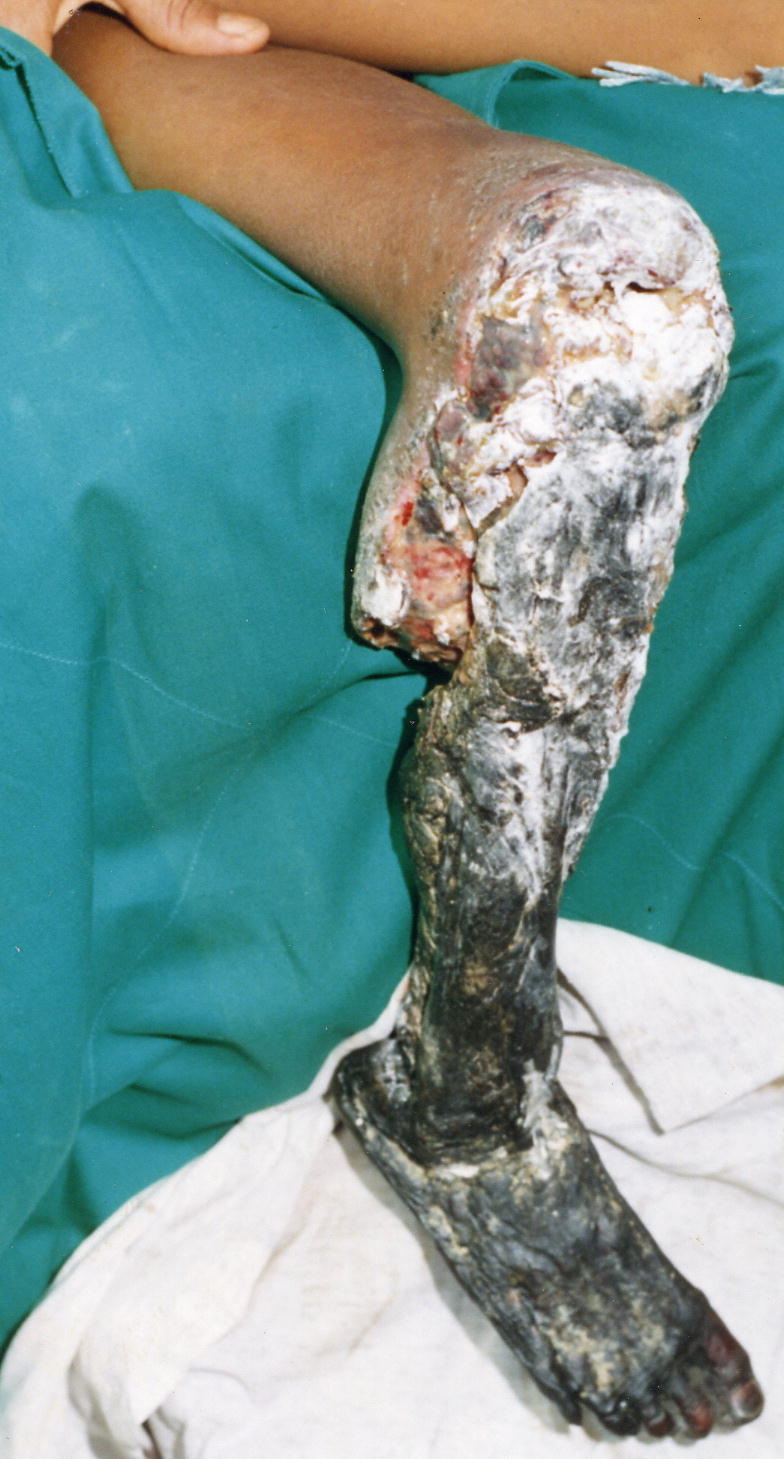 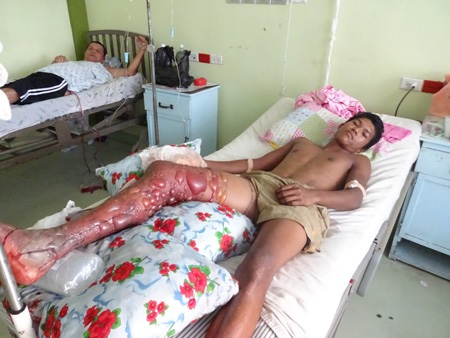 5. Loss of discernment
Once enticed by sin, the soul becomes more credulous, more easily deceived. Spiritual insight and perception is lost, the soul left in darkness and confusion.

'Such is the way of an adulterous woman; she eats, and wipes her mouth, and says, I have done no wickedness.'
'O Lord, to us belongs confusion of face, to our kings, to our princes, and to our fathers, because we have sinned against thee.'

In wilful ignorance of wisdom and grace
'Having the understanding darkened, being alienated from the life of God through the ignorance that is in them,
because of the blindness of their heart'


6. Bitterness and hardness of heart, no real satisfaction of spirit, a loss of contentment and peace.

Solomon writes, 'For the lips of a strange woman drop as an honeycomb, and her mouth is smoother than oil: but her end is bitter as wormwood, sharp as a twoedged sword. Her feet go down to death; her steps take hold on hell.'

'Destruction (bruising) and misery are in their ways...the way of peace they have not known'


Ezekiel's chapter 16 is a tragic case study in the insatiable and progressively enslaving character of sexual lusts.


Isaiah and Paul warn us,
'But the wicked are like the troubled sea, when it cannot rest, whose waters cast up mire and dirt.
There is no peace, saith my God, to the wicked'

Sexuality is a sacred and honourable Divine gift, but its misuse outside the Covenant of matrimony brings bitter fruits.
'What fruit had ye then in those things whereof ye are now ashamed? for the end of those things is death.'

As is easily witnessed in its habitual practitioners, brings a kind of Zombie-like insensitivity to the spiritual.
'But she that lives in pleasure is dead while she lives.'

Homebuilding is a rare and precious skill not easily or lightly gained in this vile, self-pampering, deceitful and dangerous age,
'The aged women likewise, that they be in behaviour as becometh holiness, not false accusers, not given to much wine, teachers of good things; that they may teach the young women to be sober, to love their husbands, to love their children, to be discreet, chaste, keepers at home, good, obedient to their own husbands, that the word of God be not blasphemed.'


Where to apply for cleansing, help and solid relief?

Who can understand his errors? cleanse thou me from secret faults.

Keep back thy servant also from presumptuous sins; let them not have dominion over me: then shall I be upright, and I shall be innocent from the great transgression.

Let the words of my mouth, and the meditation of my heart, be acceptable in thy sight, O LORD, my strength, and my redeemer.


The neglected jewel of modesty

Why temporary marriages, of both Sunni but especially the Shi'a kind, are deeply offensive to God
-  a cloak for fornication.

Marriage is a solemn covenant entered into by both parties - Malachi 2.14-15a

The marriage covenant is frequently used by God as an illustration and image of His relationship with all His chosen people.

Ezek.16.8
'Now when I passed by thee, and looked upon thee, behold, thy time was the time of love; and I spread my skirt over thee, and covered thy nakedness: yea, I sware unto thee, and entered into a covenant with thee, saith the Lord GOD, and thou becamest mine.'
A covenant necessarily involves an oath of imprecation for its violation.
It is an extremely serious matter to violate a covenant - and usually results in a Divine penalty of death.

So in the same passage, the prophet after listing the exasperating apostasy of the Bride and her severe punishment, writes, v.59:
'For thus saith the Lord GOD; I will even deal with thee as thou hast done, which hast despised the oath in breaking the covenant.'

Other passages also spell out the serious and usually fatal consequences of violating a covenant:
'And I will give the men that have transgressed my covenant, which have not performed the words of the covenant which they had made before me, when they cut the calf in twain, and passed between the parts thereof, [a means commonly employed to show the nature of the penalty of violating it] The princes of Judah, and the princes of Jerusalem, the eunuchs, and the priests, and all the people of the land, which passed between the parts of the calf; I will even give them into the hand of their enemies, and into the hand of them that seek their life: and their dead bodies shall be for meat unto the fowls of the heaven, and to the beasts of the earth.' Jer. 34.18-20

'And I will bring a sword upon you, that shall avenge the quarrel of my covenant: .... and ye shall be delivered into the hand of the enemy.' Lev. 26.59

God hates the violation of marriage covenants:
'For the LORD, the God of Israel, saith that he hates putting away [divorce] : for one covers injustice with his garment, saith the LORD of hosts: therefore take heed to your spirit, that ye deal not treacherously.' Mal.2.16

He forbids a remarriage after divorce to the original partner, as 'an abomination' Deut.24.4 - the same word is used for idols, incest, bestiality and homosexuality.

Christ warned that divorce amongst believers for reasons other than fornication (serious sexual deviation) is adultery.

These temporary and secret forms of marriage are nothing more than a cloak for sin and uncleanness,
and in the sight of God's law are extra marital cohabitation (Zina).